New York City, also known as the city that never sleeps, is an ideal destination for nightlife lovers! Despite the big establishments whose names shout to the world, there are always hidden gems along every street.

As a home for the world’s best bars, NYC has a fair share of taverns that trace back to the 18th and even 17th centuries, which have withstood the test of time.

If you’d like to enjoy a drink from a bar that your great grandparents’ generation stepped in, you are in the right place. This post highlights some historic and iconic taverns that have remained unshaken for centuries in the city. 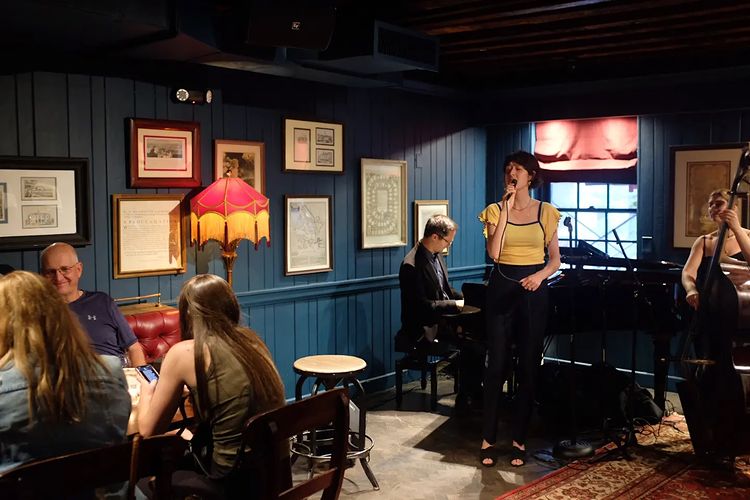 Fraunces Tavern has been operating since 1762 and is the oldest and most historic bar in NYC.

The bar sits on a historic national landmark building where George Washington met in 1783 with his soldiers to thank them for their services.

He saw them off with an emotional farewell message before returning home. This was a few days after the British troops left America.

The bar features four sections, the independent bar, hideout bar, the piano bar upstairs, and the dining room, all of which offer a distinctive menu.

If you want to step into the same place that once hosted the great man, Washington, the United States government departments, and many more significant activities, Fraunces Tavern is the place.

It has various spaces for private events; you can reach out for reservations. You can also join its live music on selected days. 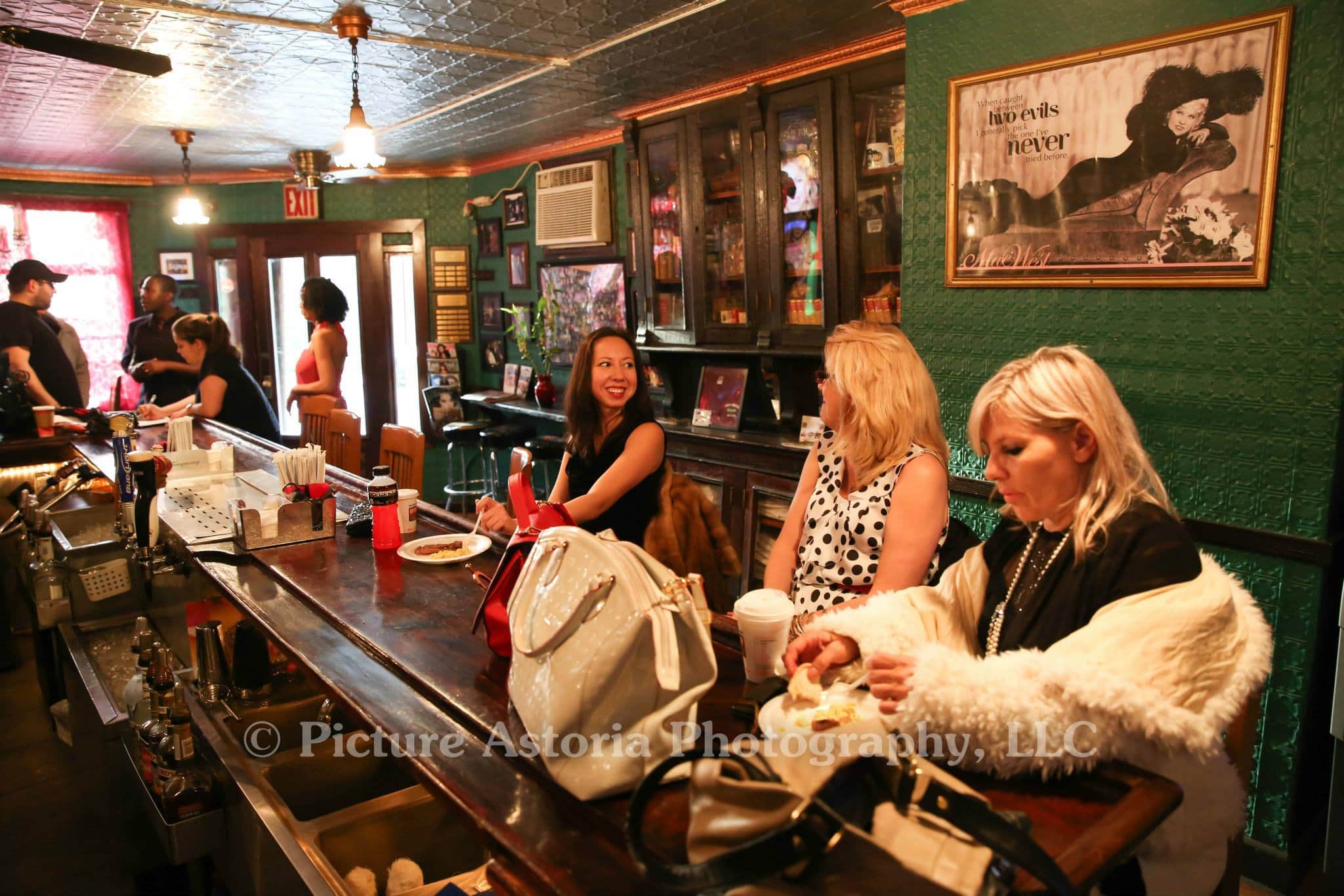 Located in the Woodhaven area of Queens near the Brooklyn border, Neir’s Tavern is among the oldest and most historic bars in NYC. Despite the prohibition, the bar stood firm and has operated continuously since its establishment in 1829.

This is where Mae West used to dance when he was a small kid. The joint is famous for filming classic films and movies such as Martin Scorsese’s film, Goodfellas and Tower Heist.

This is it if you’re looking for a perfect place for dinner and a glass of bold beer. It’s a special place by regulars who usually share its stories dating back 190 years over a delicious burger and a cold beer.

You can also send in your order online for delivery. Mcsorley’s Old Ale House is one of the oldest bars in NYC. The bar, established in 1854 by John Mcsorley, has stood the test of time, notwithstanding the early 20th-century prohibition.

It started as an Irish immigrant worker’s saloon. If its walls could speak, it could tell of the historical occurrences that happened within it for the longest time, thanks to the artifacts all around it. Its greatest novelty is that it has served one type of beverage—ale since its establishment.

Pass by and enjoy a glass, but remember the place only takes cash. Looking for a place to grab a grilled chicken breast sandwich and a glass of chilled beer? Head on to Pete’s Tavern! This place is out of this world. Despite the centuries in place, the spot is perfect for a night date.

In the beautiful Gramercy Park, on east 18th street and Irving place, Pete’s Bar and Restaurant was established in 1864. Despite the many changes and transformations that have happened to the place, it remains a great cultural landmark in NYC.

During the 1920s alcohol ban, politicians still needed a watering point where they could conduct meet-ups, and there was no better place than Pete’s.

Thus, the place was disguised as a flower purchasing shop with beautiful flowers at its entrance, and that’s how it survived prohibition.

Carrying forward, Pete’s is still in place, serving a few beers, wines, cocktails, spirits, and a vast restaurant menu. You can email them for a reservation.

You can also pass by during the week for discounted drinks in their happy hour. 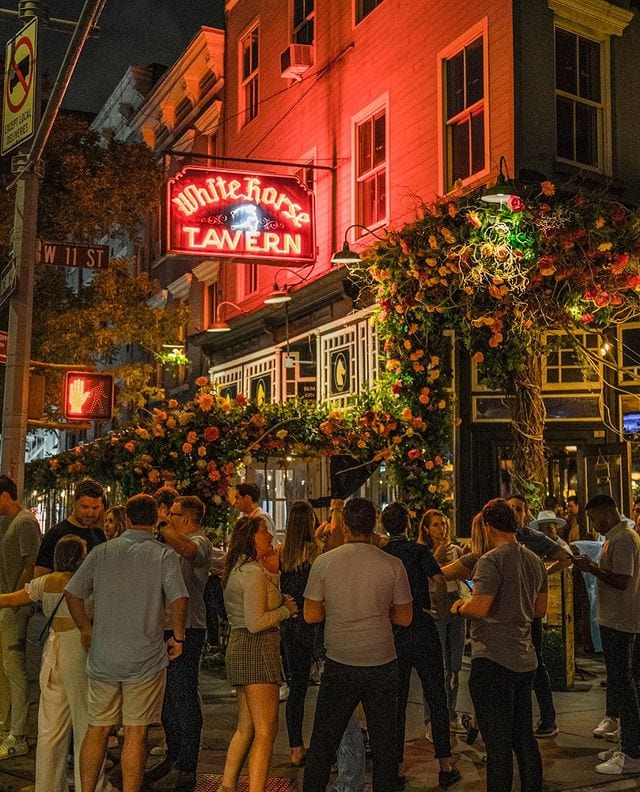 White Horse Tavern, established in 1880, is one of the oldest taverns in NYC that have been operated continuously.

It was originally a longshoreman’s bar that used to serve the people working the piers of the Hudson River before it was populated by the writers and artists of that time.

The bar has persisted, retaining much of its woodwork and the tin ceiling. It’s one of NYC’s landmarks.

If you’re looking for a spot to quench your thirst, White Horse Tavern has your back. It offers a vast menu of beers, wines, spirits, and cocktails. But, what is a drink on an empty stomach?

Get into their restaurant and select from their rich menu of meals before ordering your favorite drink. Hand-battered chicken breast, shaved lettuce, pickles, tavern sauce, and crinkle-cut fries in a plate is my favorite dish in this historic joint.

The old spot also has room for private events; if you wish to have your wedding in a space with the memories of the old, you can reach out to them. 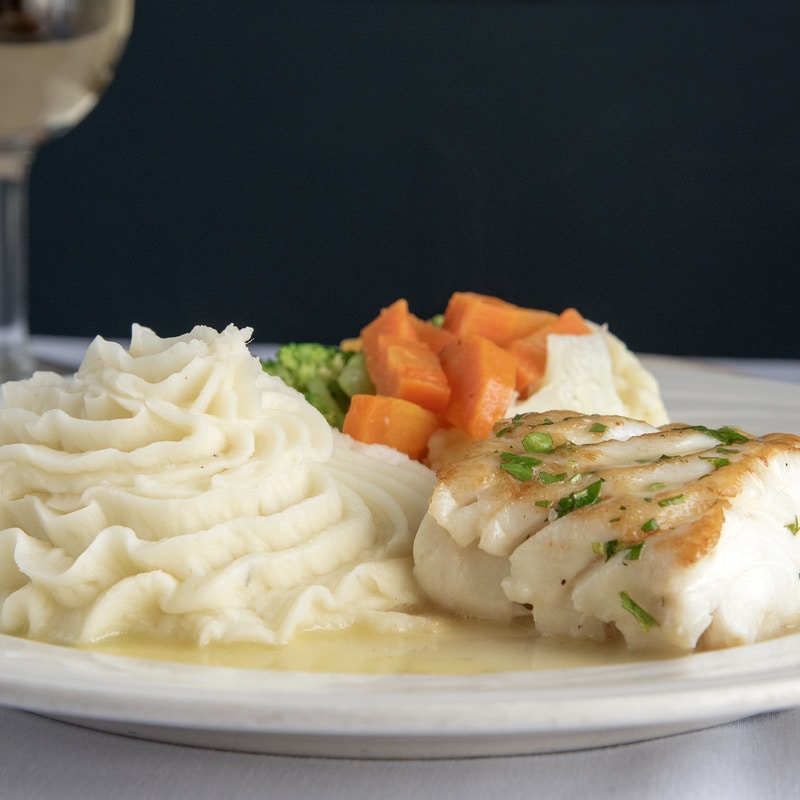 Established in 1868, The Landmark Tavern is still in operation, placing it in the list of the oldest bars in the region.

It started as a small waterfront saloon on the shores of Hudson. Henry Carley and his wife designed its second and third floors as a home for their children.

During prohibition, the family turned the third floor into a speakeasy, after which the bar continued its operations, and it still exists as one of the charms in New York City.

It has an extensive list of drinks: beers, wines, spirits, cocktails, coffee, and after-dinner drinks.

You’ll find a great menu of up to four courses for dinner and lunch meals in the restaurant. You can also place an online order during those lazy days when you don’t feel like getting into your kitchen.

Also, if you have a private party, The Landmark Tavern rents out its upstairs space for such. In addition, it gives you options for their service models, whether you want a buffet or on-the-table service, with, of course, amicably good services for any of their choices. 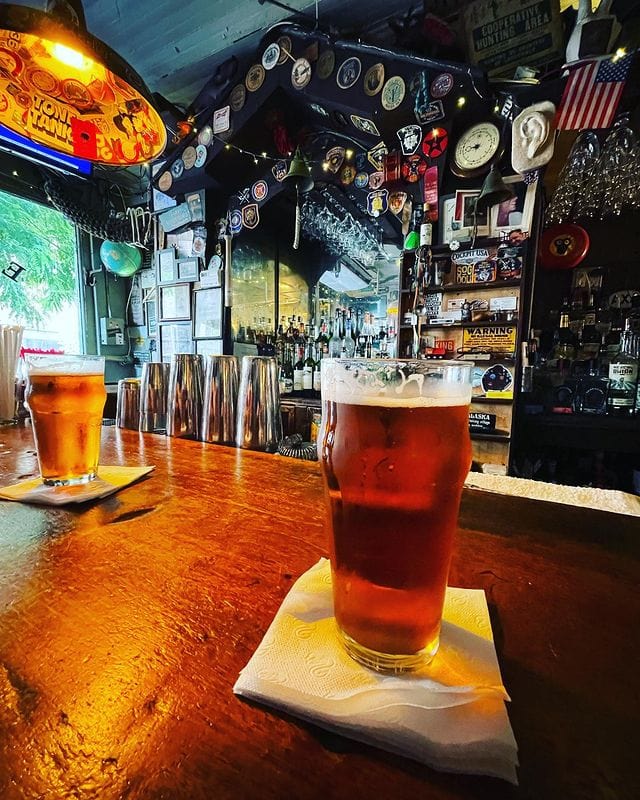 The Ear Inn is also in the list of the oldest drinking points in New York City. The bar is situated in James Brown House, a historic building constructed in 1770 by James Brown, who was an African aide to George Washington. It was established in 1817.

Like some of the old bars in the city, The Ear Inn became a speakeasy during prohibition and later reopened its doors. At the time of reopening, the bar had no name and was only referred to as the bar that did not admit women.

Its name came in when the current owners took over; Martin Sheridan and Richard “Rip” Hayman named it Ear Inn to avoid lengthy reviews of new signage of the landmarks.

Besides the bar, the Ear Inn has spaces suitable for hanging out with friends and family and dining points.

Outside seating was introduced to aid social distancing due to Covid-19-you can share a meal while listening to local artists do what they know best.

You can head to this landmark bar and restaurant if you want to catch up with friends or even hang out with your family. You’ll be presented with a vast menu to choose from. 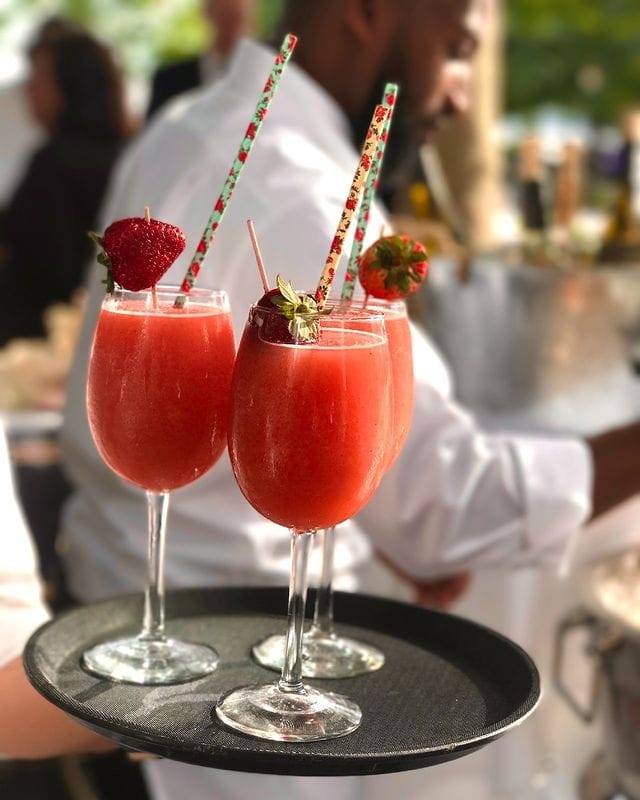 It has yielded a couple of branches, one in Lincoln Square and the other on the Hudson. Also, it has two other branches outside NYC, in Philadelphia and Washington DC.

The building on which the original bar sits was erected in 1868. In 1884, Mr. Jennings converted it into a saloon mainly serving the Irish immigrant laborers and later sold it out to Paddy J. Clarke, who gave it his name in 1912.

The signature offerings in PJ Clarkes are seafood and cocktails. The smoky old-fashioned Elijah Craig featuring small batch bourbon, orange half moon, amarena cherry, sugar cube, walnut & angostura bitters is one of the drinks you’re sure to find on any visit to this iconic bar and restaurant.

If you’re looking for a place to hold a private gathering, head to this bar and book their beautiful space. 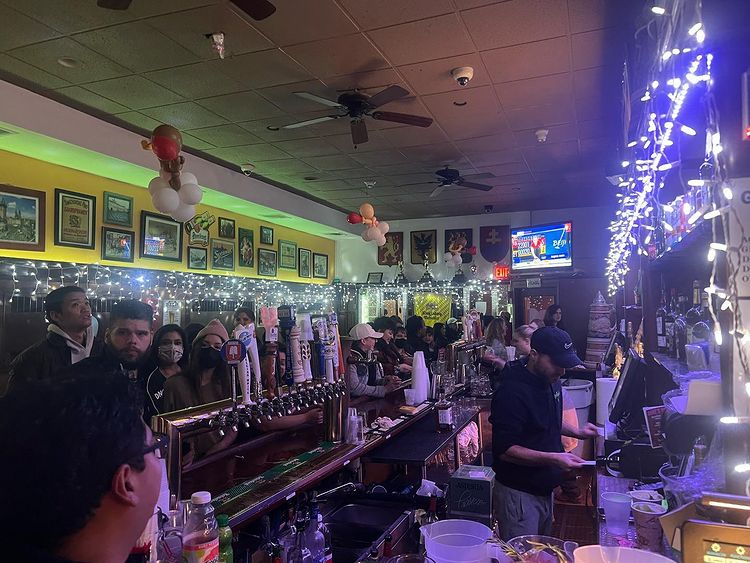 Bohemia Hall and Beer Garden, one of the oldest bars in NYC, opened its doors in 1919. It was constructed as a home for Czech immigrants in Queens.

The bar section construction was completed just at a time when alcohol was prohibited in America. Nevertheless, Bohemia Hall survived.

The bar still stands, serving some of the best Czech beers. Its menu rotates throughout the year so call in advance if you’re looking for something specific.

The place also has an amazing meal menu at reasonable prices. Therefore if you need a place to take out our family, don’t be afraid to try Bohemia Hall; they offer kids-friendly food.

For merrymaking, the bar also has a room for private events. They offer a handful of options for all budgets.

The place will proudly cater to your needs if you’re looking forward to a wedding. Reach out and let them make your event glamorous. 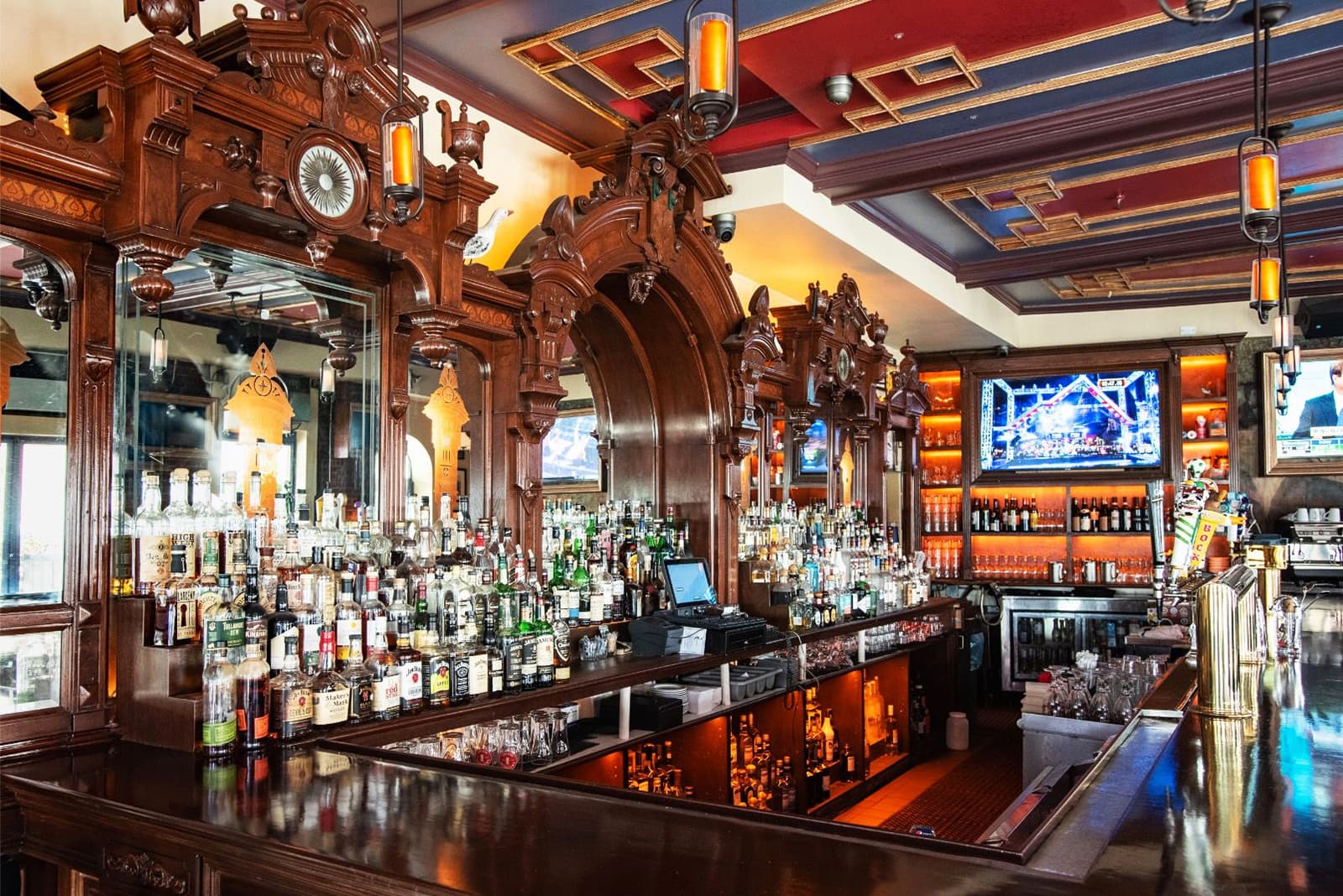 Visit one of the oldest pubs in New York City and enjoy a cold one today! The Paris Cafe, established in 1873, is located in the historic South Street Seaport District, which is a landmark in the registry of historic buildings and amongst New York City pubs and restaurants.

Located a few steps from the Brooklyn Bridge and one street from the East River, the spot once hosted the city icons Teddy Roosevelt, Thomas Edison, and Butch Cassidy.

If you need a place to sip a cold drink after a plate of your favorite meal while watching the Brooklyn Bridge and ships traversing the East river, head out to The Paris Cafe.

From our list above, you can see that NYC has some of the oldest bars in the US. Even though there are many other old bars I overlooked, the list contains our favorite picks. If you think there is one old bar that should have been featured in the list, feel free to share in the comment section. 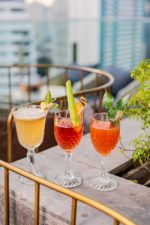 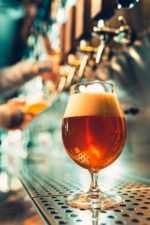