New York is a hot spot for many celebrities. For many years, it has been the primary location for the entertainment industry. You can find many famous people on almost any corner in New York.

Aside from being the birthplace of famous and talented people, many of them have stayed there.

And because of this, the Big Apple metropolis has become an attraction for many people. The humid climate alongside the busy streets has generated enough eye-catching atmosphere that anyone can fall in love with.

But that isn’t the only thing that makes New York stand out. New York’s architecture and culture have made it one of the most attractive places to film movies, films, and shows.

If you’ve recently moved here, you will get accustomed to seeing many celebrities just relaxing at a cafe or passing the street.

The most prominent hotspot neighborhoods you can find the most celebrities are Central Park, NoHo, and West Village. In this article, we’ll look at the most famous stars you might stumble upon while visiting New York.

Beyoncé and Jay-Z have a combined net worth of over $1 billion, making them the pinnacle of every A-list power couple. Throughout their chart-topping musical ventures, the remarkable team has amassed an impressive list of trophies and a portfolio of profitable enterprises. 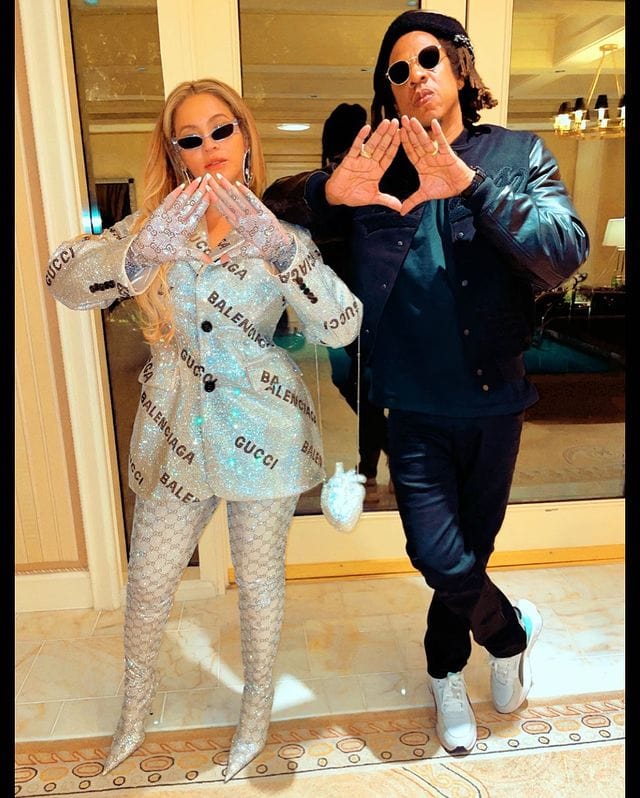 It’s no wonder that, with so much wealth in their pockets, they’ve scooped up some fantastic rental properties all along the road. Back in 2004, before they were together, Jay Z purchased a penthouse on the seventh floor at 195 Hudson St.

With 8,000 square feet, the place later served as a wedding location for their marriage in 2008.

Jay-Z’s first apartment, however, has been modernized and brightened since he first lived there.

It is believed that he relocated into the mid-twentieth century building in the late 1990s, about the same time he and two buddies launched the music company Roc-A-Fella Records. 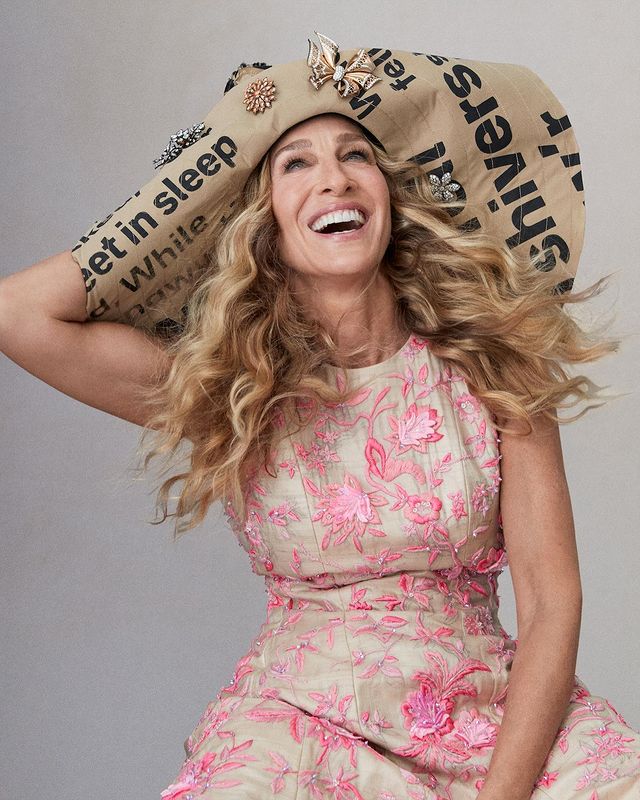 Famous for her role as Carrie Bradshaw, Sarah Jessica Parker re-lives her character by living in New York. Sarah and her husband, Matthew Broderick, invested as much as $34 in their home in West Village.

The house is located several blocks from her Sex and the City apartment. With many views of the street, this townhouse represents the ideal of any New Yorker.

Although the townhouse dates back to the 50s, Sarah and her partner tried their best to achieve the modern antiquity look inside their home.  Like her character, Carrie, Sarah showed her creative side and incredible taste in interior spaces.

They combined two townhouses and created a 14,000-square-foot space with a private garden. Although this is where they spend most of their time with their kids, they also purchased a property in Greenwich Village Area, and each owned separate homes in West Village.

Some properties they invested in might not have successfully maintained and profited off. But, this doesn’t mean that they both aren’t successful individuals that know how to make a living.

Robert De Niro has been a lifetime New Yorker. He has secured his bag by winning two academy awards. He has bought properties across New York. He put his money into a $20,900,000 house in Lincoln Square. 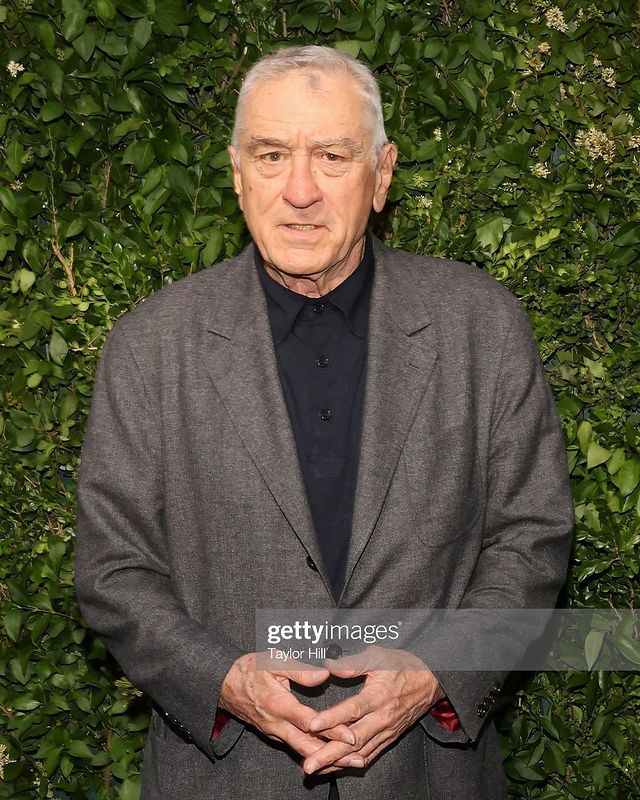 He also made an investment in a West Village pre-war apartment. And, even though he had recently sold it, he owns another estate in Hudson Valley.

Not only that, but after 9/11, Robert De Niro was the main force that made Manhattan liveable again. He is one of the few actors that have used their money and fame to help make a place home for many civilians. 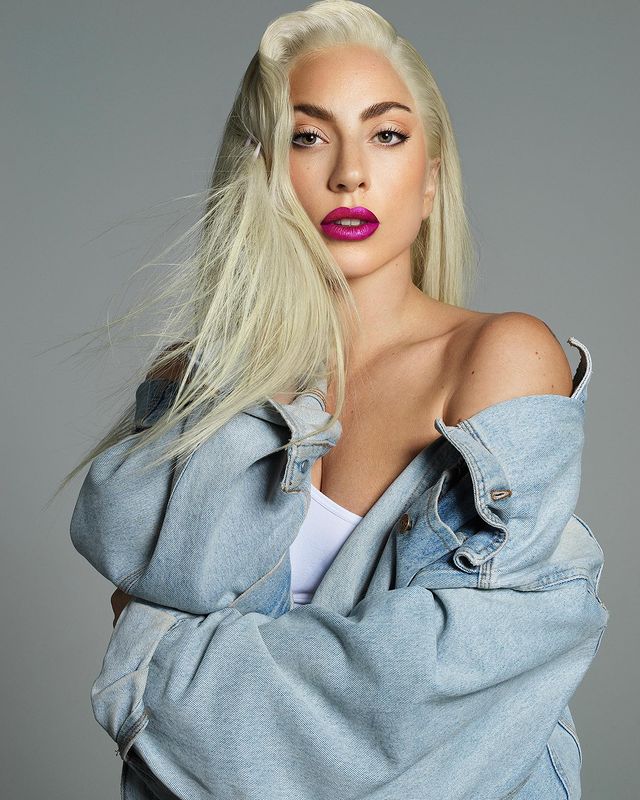 Lady Gaga, or lesser-known as Stefani Joanne Angelina Germanotta, used to live in a small apartment on Lower East Side. During her career, this has been her primary hotspot where she made a name for herself.

Throughout her life, she has never called any place home other than New York. Even though she has changed multiple locations, the Big Apple is a magnet to her.

From being born in the Upper West to living in the Lower East, she now lives in a luxury apartment at 40 Central Park South. Aside from that, she also has a townhouse in West Village Area.

You can notice her eccentric personality through her unique choice of designs dedicated to her interiors.

Aside from his famous role as Harry Potter, Daniel Radcliffe has made his way onto various large projects such as Horns, The Lost City, Gun Akimbo, and many more. Aside from playing roles, he has made and produced many films. 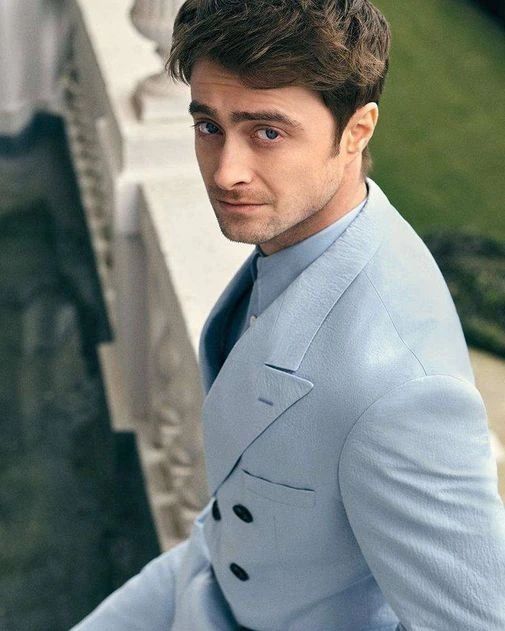 The actor has been known for his lavish lifestyle and homes only one can dream of. After finishing the Harry Potter franchise, this actor settled in his West Village house. The vintage townhouse pairs next to two places built-in 1847.

The three-story mansion has a lounge room, four bedrooms, a large kitchen, dining area, main bathroom, 3 bathrooms, and a terrace with views of the yard.

Also, there is a second one-bedroom flat with a lovely wood-burning stove and a gorgeous window with charming glimpses of the yard.

He owns an extensive luxury development on the West Side Highway in New York City. This home is larger than the other Radcliffe condo. It has three bedrooms with separate bathrooms. One of the biggest attractions is the Hudson River views. 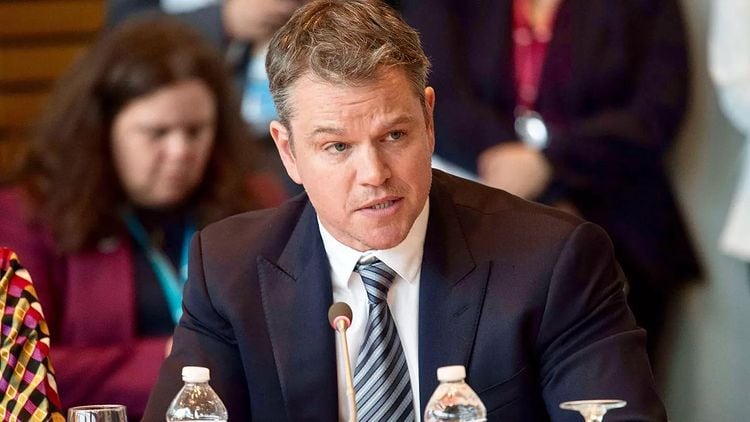 Unlike many celebrities that recently sold all of their New York homes to move to a sunnier state, Matt Damon has stayed loyal to the Big Apple. Back in the summer of 2020, Matt Damon closed off an entire block of Brooklyn Heights to build his penthouse.

Matt Damon bought his penthouse townhouse in the brickwork and marble structure, for which he paid $16.74 million. And there is a reason for that.

The BeauxArts Hotel used to be home to the famous Clark Kent character. The 11th and 12th floors and the roof are home to Damon, Luciana Barroso, and their four children. 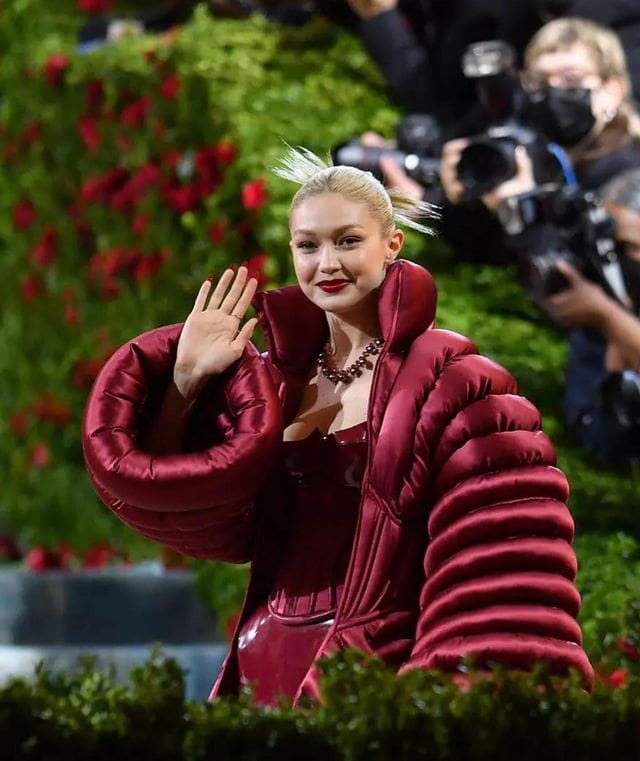 Gigi Hadid is a New York City-based American fashion model. She purchased her first apartment in 2015, a two-bedroom unit with a large kitchen.

She bought another property in the building that included three bedrooms, a large terrace with a fire pit in the middle, and a refrigerator.

Gigi is a talented chef, so it’s no wonder that her homes include stunning kitchens both indoors and outdoors.

As of 2022, her newest apartment complex is in New York City, more specifically in the district of NoHo.

Selldorf Architects were responsible for the design of this high-end residence. The apartment has an open layout, a fantastic chef’s kitchen, and a fabulous master suite.

Each bedroom comes with its own separate bathroom. 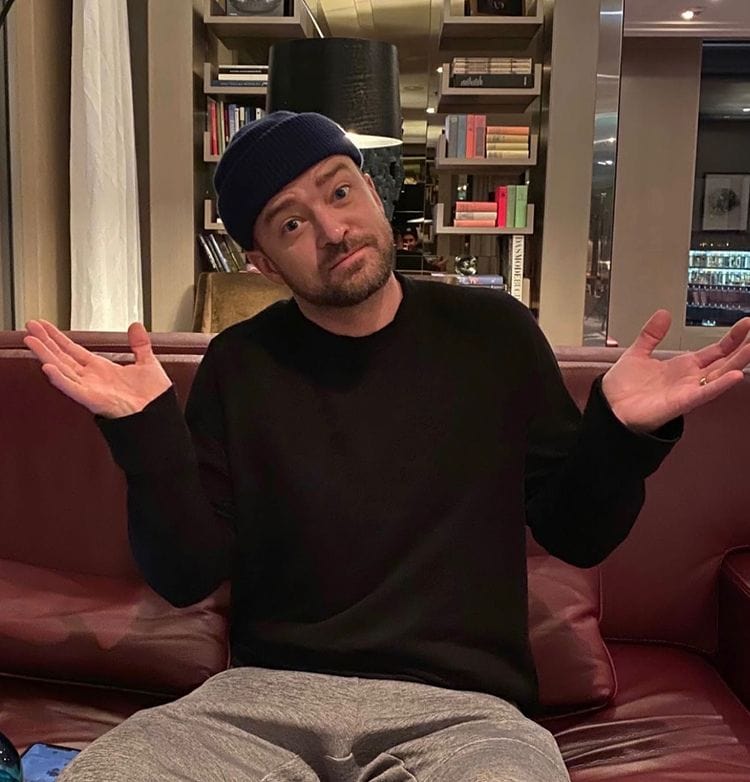 Justin Timberlake and Jessica Biel occupy a magnificent Tribeca condo at 443 Greenwich Street. They paid a stunning $20 million for the 5,000-square-foot apartment in 2017.

The 443 Greenwich is most known for many celebrities boasting their money and views. However, this isn’t the case for Justin and his wife.

They paid for the apartment to have a private terrace, a unique feature of its own as it is as big as the apartment. 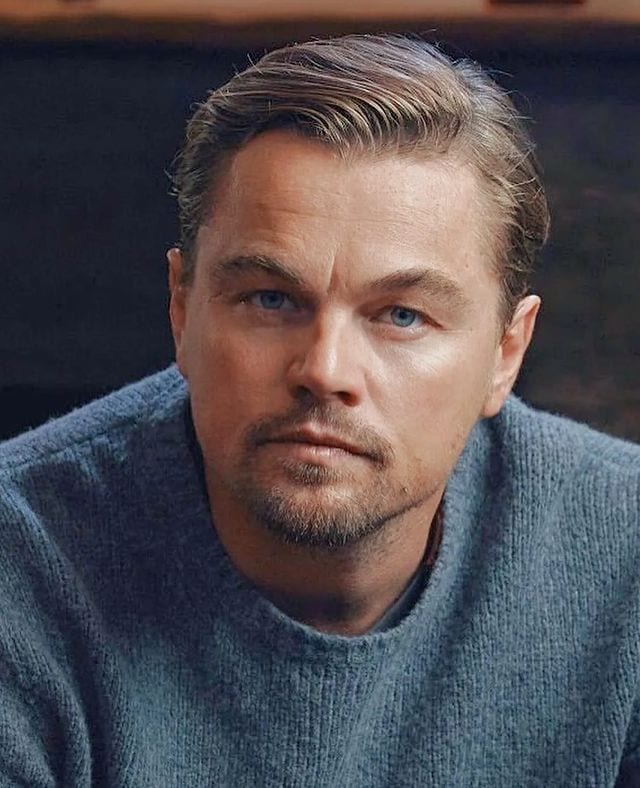 Leonardo DiCaprio is one of the most well-known actors of our time, having appeared in films such as Titanic, Inception, and The Departed.

It’s no surprise that Leo owns many real estates, including a few residences in New York City, thanks to his enormous success on the big screen.

He spent $3.67 million on a Riverhouse apartment in Battery Park City in 2008. He then spent $8 million on the neighboring two-bedroom apartment with 2,327 square feet of interior living space and a 1,035 square foot patio in 2014.

Leonardo DiCaprio has also just rented a flat at 172 Madison Avenue in Manhattan in recent months. 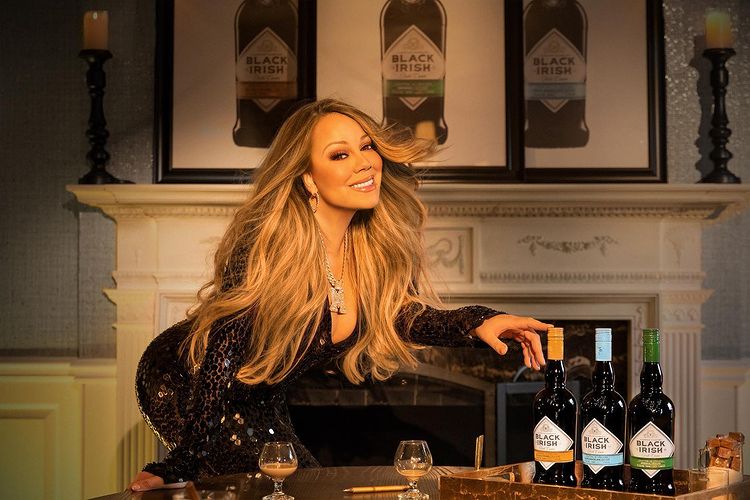 Like many other superstars who call New York City home, Mariah Carey has a stunning apartment in Tribeca. The famous musician bought the house for $9 million and has lived there ever since. 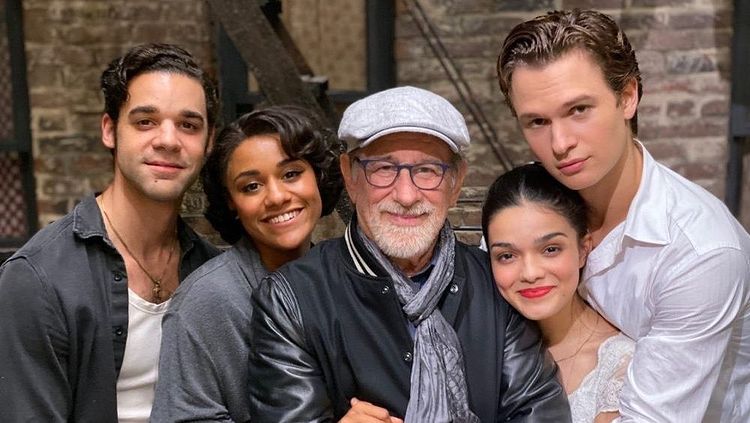 Steven Spielberg, the acclaimed director, has a substantial real estate holding worth more than $200 million.

His New York apartment is in the San Remo, one of Central Park West’s most famous buildings, which has long been a favorite of celebrities.

The enormous residence of Steven Spielberg spans over 6,000 square feet and has direct views of Central Park. In addition, Spielberg is one of the numerous New York celebrities with a Hamptons residence. 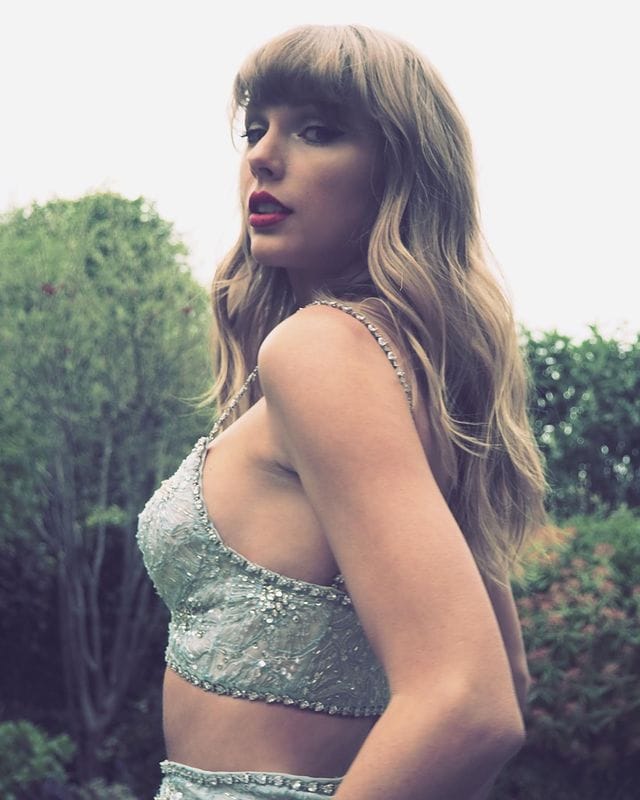 Taylor Swift may explore pursuing a new profession as a real estate magnate if she ever decides to leave her singing career.

Over the last decade, Swift has accumulated vast real estate holdings valued at around $80 million, including various houses in New York, Tennessee, and California.

She has a $19.95 million penthouse and a second property at 155 Franklin Street in Tribeca. She also paid $18 million for the home next door at 153 Franklin Street, as if that wasn’t enough. 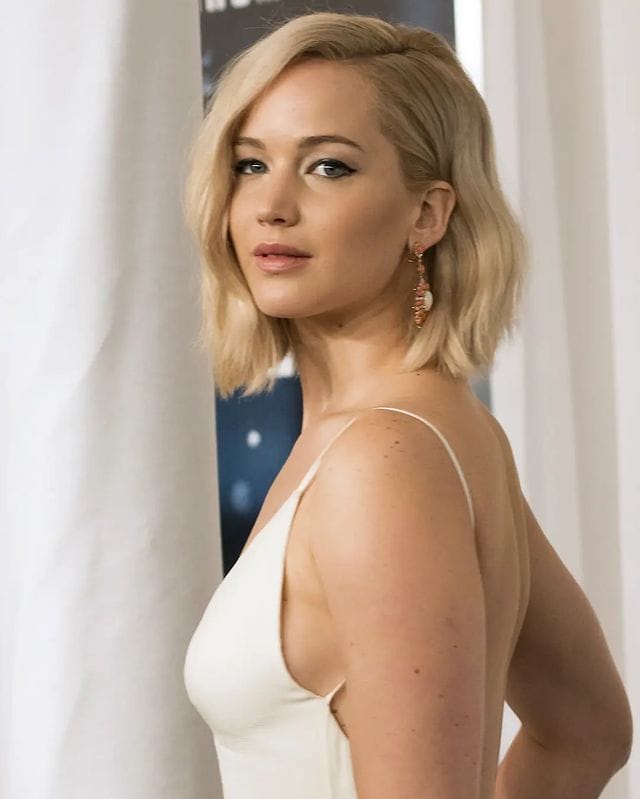 Although the Hunger Games actor grew up in a rural area of Virginia, J-Law holds a particular place in her heart for New York. Lawrence was discovered on the streets of New York by a talent agency when she became 14 years old, and the rest, as they say, is history.

When she’s in New York, the actress resides in a super-private Tribeca apartment with Justin Timberlake and Jake Gyllenhaal. 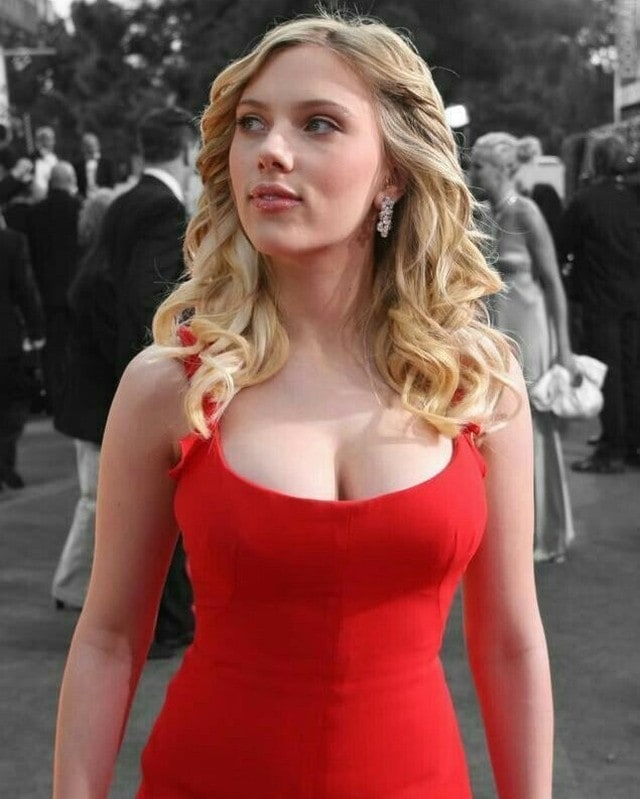 Scarlett Johansson is proclaimed the most beautiful woman in the world. Her talent and beauty had won her several Oscar nominations.

She purchased her NYC home as early as 2008. And, for almost a decade, she has owned and lived in it.

As of March 2022, she had sold it for $1.87 million – which is a massive loss for her. This includes money lost on renovations and such. The home boasts a dining place decorated in fresco and a skyline view.

Hardwood flooring, glass doors, and a remodeled open kitchen with luxurious marble counters are among the features. In the main suite, there’s also a large walk-in closet. 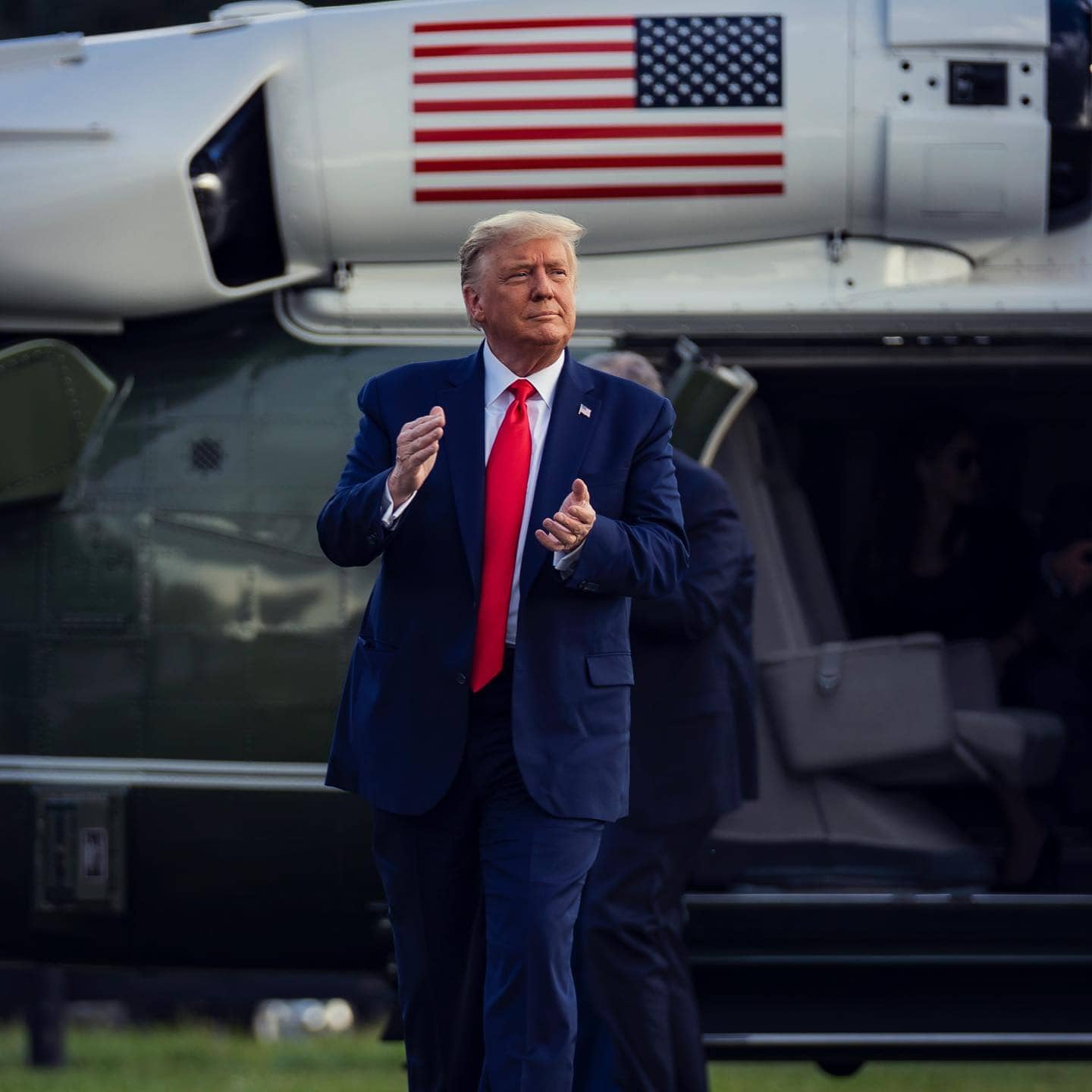 Donald Trump has returned to New York City after leaving the White House, where he lives in a spectacular 3-story apartment above Trump Tower.

This penthouse building used to be the home of many stars before Trump decided to take over the place.

Aside from making the Trump Tower his homeplace, Donald Trump has made it to be a historic skyscraper. 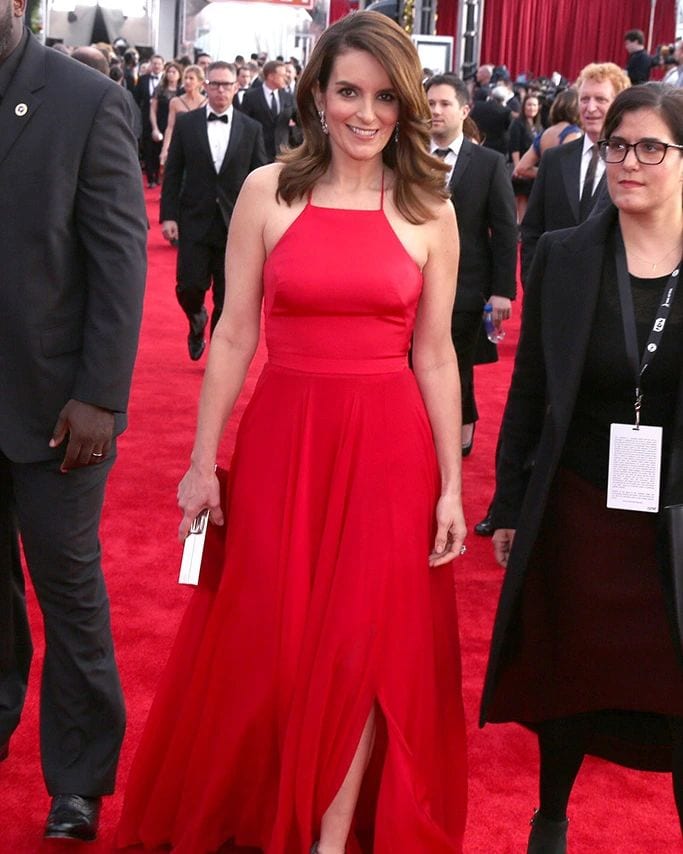 She has resided at 300 West End Avenue on the Upper West Side for over a decade, paid $9.5 million, and purchased the apartment directly above hers to unite the two properties for a duplex.

The apartment has 4 bedrooms, the main bedroom with a dressing room, four bathrooms, and a kitchen.

It has an open space concept with 22 windows in total. 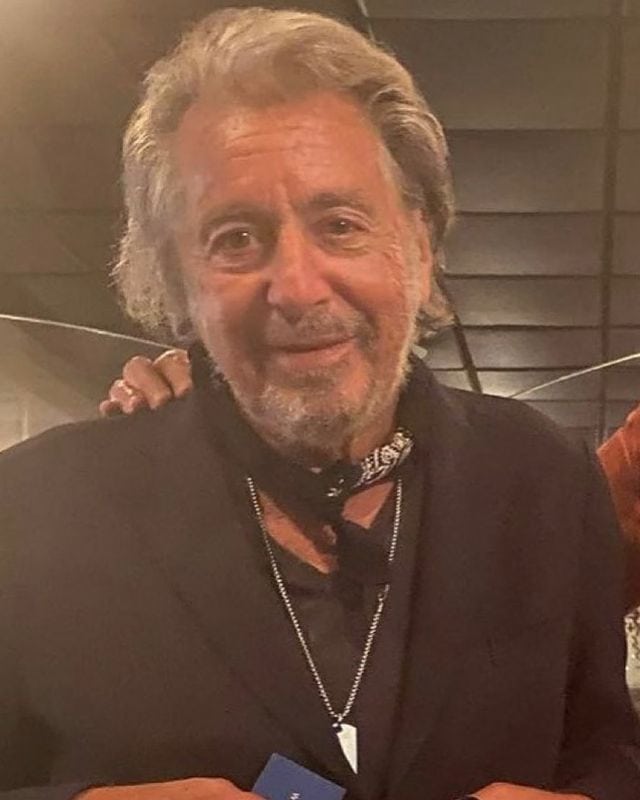 Al Pacino was born in East Harlem, New York, best known for his role as Michael Corleone in the Godfather trilogy.

Even though this isn’t his homeplace, he still lives close to it. He lives in a substantial 3-acre mansion in Palisades, New York, which he has had for over 40 years. 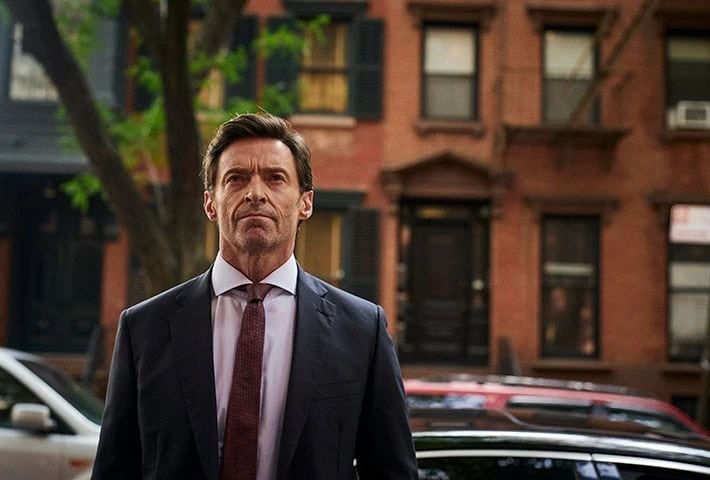 This Australian star is most famous for his role in X-Men. Back in 2008, he paid exactly $21 million for a penthouse triplex in West Village.

And today, he listed his three-story Manhattan apartment. The residence is 11,000 square feet and is marketed for $38.9 million.

The apartment is located on the eighth, ninth, and tenth floors and has five bedrooms and seven baths. The lavish lodgings live up to the name recognition of its A-lister owner, with a total indoor living quarters northwest of 1020 square meters.

It has a professional kitchen, massive wall windows, and a guest bedroom. But that isn’t all. A magnificent spiral staircase that links all three stories is a few of the conveniences that come standard with a home like this.

If you happen to move to New York City or simply pass by on your trip, running into celebrities might surprise you. However, many locals are now accustomed to seeing several stars a day.

With the rise of popularity of New York thanks to films and movies, many celebrities have made New York their permanent home. However, what I’ve listed is simply a pinch of stars that live here. 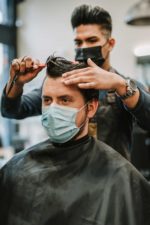 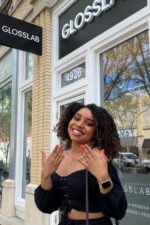