But this city, despite all said above, has the best opportunities when it comes to work, education and many more. Hence why many want to be a New Yorker, and sadly many can’t. 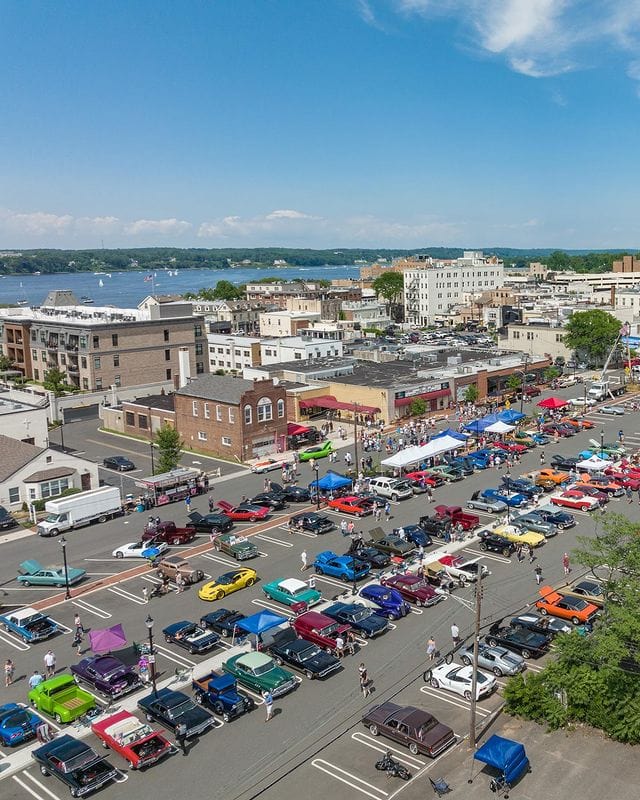 This is mainly because of the expensive cost of living and rent. Of course, some also might not be fond of the hustle and loudness of the city.

In recent years with the development of an extensive transportation system, different areas around New York City are gaining the interest of many people who want to be close to New York City.

Many prefer these cities and towns as the cost of living is much cheaper than in New York City, and apartment and condo rentals are also more affordable.

Since the transportation system back and forth is easily accessible, they have become quite the catch.

Among many, some of these places which are gaining quite an interest are found along the golden coast of New Jersey.

These places are located along the Hudson River, which makes it easier to get to New York City From New Jersey. Some of these places are Jersey City, Weehawken, Fort Lee, and Hoboken.

Below we will see some of the best places to live in New Jersey to be close to New York City.

Hoboken, New Jersey, is one of the towns in New Jersey which are close to New York City.

It is a college town that is full of young students and professionals. Hoboken has even been named the best suburban area to live in for young professionals.

There are several reasons why Hoboken should be among your first choice if you are planning to move to New Jersey to be close to New York City.

One of the many reasons is how it has an urban feel in a suburban area. This makes it one of the ideal places to be if you want to experience both city life without losing the residential area feeling.

The second reason is that Hoboken is full of different restaurants and bars. You can experience different cuisines with the numerous eateries and fine dining places. The nightlife is also the other highlight of Hoboken.

The other most important thing is that Hoboken is full of young professionals and students, which means more or less the society and residents are liberal.

Many residents in Hoboken rent their places. There are different selections of residential areas in Hoboken. Ranging from luxurious apartments to suburb houses, Hoboken has a lot to offer.

The one thing you have to be aware of is that the rent price is significantly higher than in other places in New Jersey.

From New York City, Hoboken is about 4 miles or 6kms away. By car, it takes about an 18-minute drive, and depending on the traffic, and this might fluctuate. Using the train, you might be able to save a few minutes, and it takes 10 minutes.

And using the subway line takes up to 26 minutes, so this might not be your go-to choice, but it is the cheapest way to get to New York City from Hoboken.

In addition to these ways of transport, you can also take the Ferry at the Hoboken Ferry Terminal.  This way, it only takes 8 minutes to arrive in Manhattan, New York. 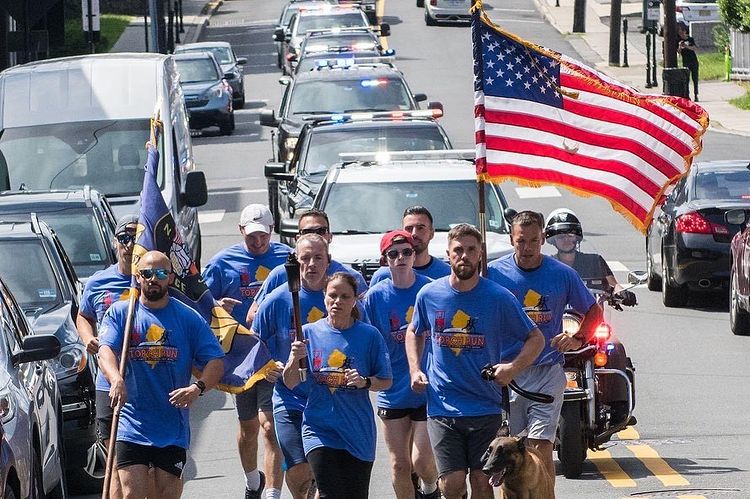 Fort Lee is a small city in New Jersey. This place is full of suburban-style houses, which is ideal for a family wanting to be closer to New York City.

Besides the house, many other things make Fort Lee ideal for families: the neighborhood is one of the safest neighborhoods in New Jersey, and there are good schools that are above average compared to other schools in the area. In addition to public schools, Fort Lee also offers numerous private schools.

The other selling point of Fort lee is the small parks found all over the city, which are ideal for walking your pets or spending time with your kids and family.

The downtown of Fort Lee is another part of a small city that is blooming. The construction of various high-end luxurious apartments and residential buildings is expected to enhance the living experience of Fort Lee.

The community in Fort Lee is very diverse, so fitting it wouldn’t be a problem. Many even say the community is very close; it almost feels like a family.

But before moving to Fort Lee, some of the things you need to be aware of are: the living cost is significantly higher than the national average, the job rate has been negative since a few years back, and of course, renting a place here in Fort Lee is also expensive.

Buses depart every twenty minutes from Fort Lee headed to New York City. The subway takes approximately 43 minutes, so it might not be the best way, but on a high-traffic day, it is definitely the way to go. 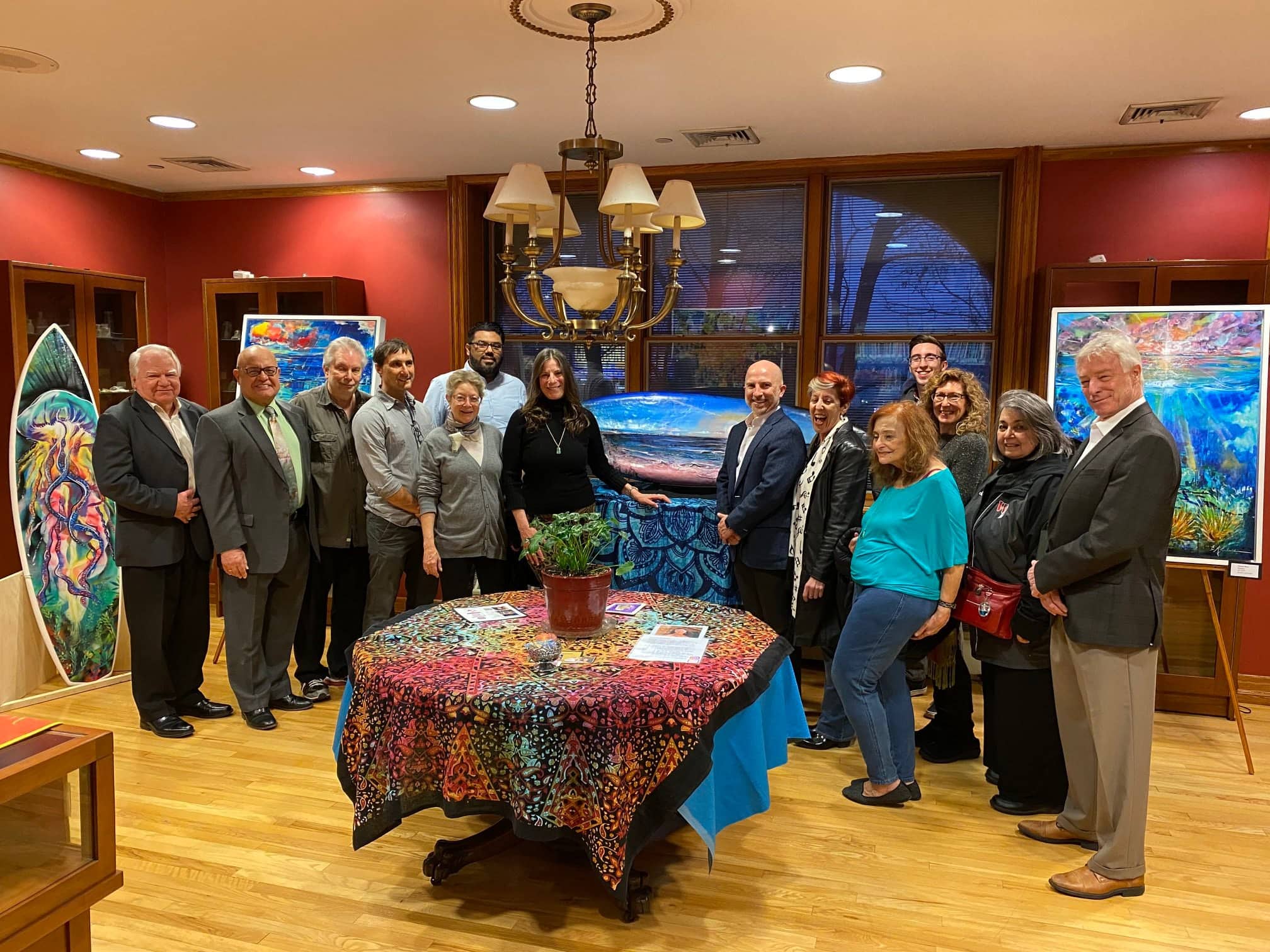 Weehawken is known for how close it is to Manhattan, and it has one of the best views of the river from the other side.

Weehawken is mainly known for townhouses which are ideal for a family. There are also various shops which are locally owned where you will find almost anything without having to leave the town.

One of the most appealing things about Weehawken is its distinctive neighborhoods. There are many neighborhoods in this town, but some of the most well-known communities are The Uptown area, The Heights, The Waterfront area, and The Shades.

The Heights are the other most well-known area in Weehawken. It is known for being a place for family houses.

If you are a young person wanting to rent a home and explore different aspects of life here in Weehawken, then The Waterfront area would be the perfect place to be in.

The last one is The Shades. The Shades is an area that is a mixture of old and new townhouses and is currently under redevelopment. But it is expected to be a perfect place for families with kids.

Compared to Manhattan, Brooklyn, and other places in New York City, rental properties in Weehawken are said to be reasonably priced.

But if you are comparing it to other locations in New Jersey which are close to New York City in general, rental properties might be on the higher end.

To get to New York City from Weehawken, you can either take the subway, bus or ferry; you can also drive. It takes about 26 minutes by bus, and the road distance is 6 miles or 10 km.

The best way to go to New York City from Weehawken is to take a taxi or drive. It only takes 20 minutes to drive on a good traffic day. 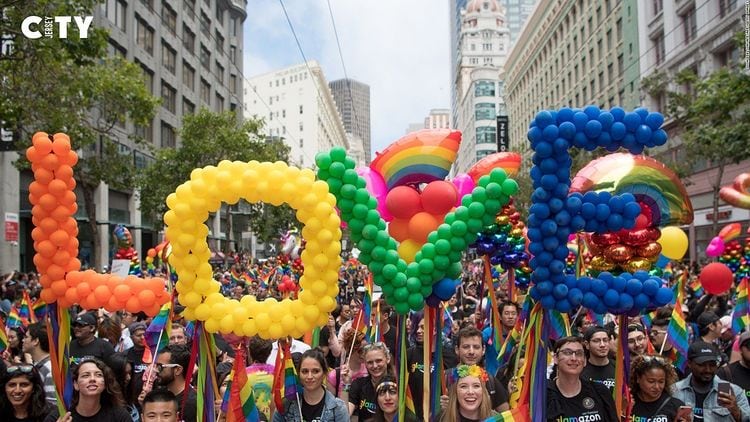 The first reason why many choose Jersey City is that compared to any place in New York City, housing and rentals are much more affordable.

Also, Jersey City has a lower cost of living in general. Things are more affordable compared to any place in New York. But among other places on the gold coast of New Jersey, Jersey City is one of the most expensive ones when it comes to rental properties.

The second reason is that Jersey City is a big city with several neighborhoods, each having its attractions to them.

Some of the areas in Jersey City are Hamilton Park, New Port, The heights, and Paulus Hook. These neighborhoods offer different experiences, from a luxurious lifestyle to affordable places to live.

One of the best things about Jersey City is even if it is a big city, it is not as overwhelming as New York City with the big city hustle.

It is a bit slower and calm, so if a big city hustle gets you stressed, Jersey City might be a good option while maintaining the city life.

Jersey City is also a great location if you want to raise a family close to NYC. Jersey City offers many family-style houses with excellent communities. In addition to that, the public schools are also above average, so you won’t have to worry about education.

Jersey City also has numerous recreational places such as historical sites, parks, and others, which is an excellent gateway for kids and parents for weekends.

You can also take the bus from Journal Square, which takes about 30-minutes to get to New York City. The train and ferry are also the other options you can consider.

One of the perks of living in Jersey City is its proximity to two different airports. The JFK and Newark airports are found within driving distance of Jersey City.

Bayonne is a newer city on the gold coast of New Jersey compared to the other town in this area. It is one of the cities which is experiencing rapid development and growth, both infrastructure and population-wise.

Since Bayonne is moderately a new city, the price of rental properties is meager than anywhere on the coast.

This makes it ideal for many people who can’t afford places like Hoboken or Weehawken.

Bayonne is also an excellent place if you are looking to raise a family in the area. It is a very safe neighborhood, has good schools and many parks within a short distance.

There are also many activities you can be part of, such as visiting the Bayonne Community Museum, you can go fishing at Brady’s Dock, or even go kayaking on Newark Bay.

Transportation has made it even simpler to commute to New York City easily; using the ferry takes only 30-40 minutes to be in New York City. It is also only a 14-minute drive and takes about 40 minutes using the bus.

In this article, we have only seen cities on the golden coast of New Jersey along the Hudson River, which is close to New York City.

But there are many more places to consider if you plan to move to New Jersey to be close to New York City.

From Atlantic Highlands to Princeton, from Summit to Hackensand, the options are many. So, without getting overwhelmed with the multiple options considering what is best for your situations and needs is very necessary.

We hope this article was helpful in letting you know some of the options in New Jersey to be closer to New York City.

Let us know in the comments if you have found this piece to be informative. Also, give it a thumbs up and share it on your social if you have enjoyed reading it. 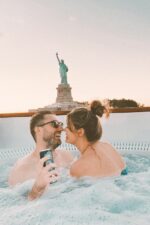